It’s been almost two weeks since I came back from Hong Kong. When summer of 2019 started I had no idea that I will experience this kind of adventure at the very end of it. One of my friends got the internship there and went all the way to Asia to work for three months, which is amazing. It doesn’t happen overnight and you have to be a hard-worker for people from a global company to invite you to the other part of the world and ask you to join their team. I was joking about coming to visit her at first and decided to look at the tickets just for fun. That was when I discovered a good deal and started actually thinking about it. In September I packed by bags and left to Asia. I have never been to that part of the world and it was only in the plane when I actually realised that. I have never flown that far alone and I’m travelling for 23 hours just to spend 4 full days there? Is 4 days really enough? I wasn’t sure, however, at the end of the trip I felt like we perfectly planned our time and spent enough time both in the city and nature. This is what this post is all about!

I arrived to Hong Kong at around 4 pm. After spending about 3 hours to buy a sim card, a metro ticket and to get to the place where my friend lived, it was already around 7 pm when we decided to go out and spend a chill evening in the city. As you can imagine, I was too excited about being there, so the Avenue of Stars was probably the best place for us to go and see the city in the nightlight. The atmosphere there was amazing at that point – thousands of city lights, warm weather and the sound of people talking and laughing. I was impressed by the skyscrapers, but the fact that you could see mountains right behind them was even more amazing. After spending some time there just sitting and talking about life, we headed back home to get some good night sleep after a long flight and to prepare for the upcoming day.

The second day started off not the way we planned really. After missing probably 20 alarms, I managed to wake up only at around 12 pm, which happens to me like never! (I guess jet lag did its job here). After finally leaving the house, we headed off to Victoria Peak. After pretty nightlight views, I couldn’t wait to see Hong Kong in the daylight. As it’s on the very top of the hill, there are several ways to get there (bus, tram or taxi). However, we went for a taxi, as prices of taxis there are nothing compared to what we have in the UK or Lithuania. There are some viewing terraces available for free, however, if you want to get to the very top, it’s necessary to buy a ticket (6 euros only). Despite the huge amount of people in the viewing platform, you could see the whole city just in front of you. The mix of nature, modern and old buildings, water and parks. I loved how diverse it actually is and you could clearly see it from above – concrete jungle on one side of the terrace and beautiful islands and forests on another. The time you can stay there is not limited, so we stayed there until the dusk to see the lights being switched on.

When we left the Peak, we went down to spend some time in Tamar Park. As I understood – quite a popular place for people to meet, have their lunch or workout.

We dedicated our whole day to go to Sai Kung, a small town in Sai Kung peninsula. It’s famous for its fishing villages and beautiful beaches which you can reach through hiking paths. As I really wanted so see more nature, we decided to go all in with this hiking idea. Thus, once we arrived to Sai Kung town by bus, we went for a taxi which took us to Sai Wan Pavillion. The trail starts from there and all of the directions are clearly marked so it is not that hard to find your way around. The whole hiking path is around 8 km, however, we decided to do a shorter version and hike until we reach Ham Tin Wan beach which is considered to be one of the prettiest in Hong Kong.

As Ham Tin Wan was our destination, we took our time, didn’t rush, and just enjoyed the views. From the very start of the hiking trail I couldn’t process the beauty I saw around. Every 5 minutes my friend and I asked each other ‘Are you joking?’ ‘Is this real?’. Crystal clear water, greenery, mountains and the mini islands were breathtaking. The heat, the lack of water, sweat and exhaustment didn’t really matter at that point. We stopped in Sai Wan village which was a very unique and local place with super friendly people who invited everyone to come in and see their animals, gave needed advice and directions to follow. The most breathtaking views opened up the moment we saw Ham Tin Wan beach ahead of us. We spent probably about 15 minutes just standing there in the sun and enjoying the beauty of nature.

We reached Ham Tin Wan about 3 hours after we started our journey. The first thing we did was going for a swim expecting to cool down. It was the warmest water I have ever swam in – 29°C . I remember my grandma used to tell me stories about water being as hot as tea every time she came back from trips in Asia. I could never imagine that, probably because I’m so used to the Baltic sea temperatures. Ham Tin Wan beach was definitely the prettiest place I have ever swam in and I can perfectly recall the feeling I had at that moment. Being there felt like there was no ending of the day and that this trip will last forever.

The beach had 2 small restaurants where locals cooked amazing Asian food, thus, after a few hours of sunbathing, we went to eat and have some cold beverages. The restaurant was also selling boat tickets to come back to Sai Kung town, and this is what we decided to go for instead of hiking all the way back. The first available time was 7 pm, so we had about 2 or 3 hours in the beach before the departure. The beach is quite small, so there was nothing really to do there, and one, the tourist side of me usually loves to run everywhere to see the most of the places. However, it felt so good to just sit in one place and enjoy the moment by doing nothing.

It was completely dark at the point when boat arrived. The boat was very simple and small, so when about 10 people got in, it started moving. Then the highlight of this trip happened. It started going so fast – none of the people expected it. The waves were quite decent at that time, so we were all jumping out of our seats, some people started screaming. A few minutes later everyone calmed down. The boat was going crazy fast, the wind was getting more intense. That wind was not like the one we have in the UK in Lithuania. The wind was different. It was warm. The mountains around were different. You could only see dark silhouettes of them. And then the water. It was different. It was splashing everywhere and you could see the perfect shape of waves, so strict and sharp they looked like in a perfectly drawn picture. You could see mini islands all around you and then you realised that they are not that small as they looked from above. No other people around. Only you and your boat gang. And the boat of course. I expected the trip to last around 10 minutes, but apparently we went off like that for around an hour. This was the moment I couldn’t stop talking about when I came back to the UK. I don’t know which part of the whole trip was the best, but this boat ride was definitely the most special. I still don’t know what was that special about it. The wind? The boat? Water? Maybe everything together or nothing at all. Maybe it was just what I needed after spending so much time in the city and its noisiness.

We spent our 4th day in Lantau island. After having a quick lunch in the island, we took a bus to go to the Giant Buddha on the top of the mountain. The views while driving there were amazing – mountains, forests and small villas with beautiful sea panoramas. Differently than in Sai Kung beaches, there were quite a lot of tourist buses and cars, thus, the place was quite crowded. The most amazing thing we saw at first was cows that were everywhere, either just walking around or sleeping in the middle of the path. The Tian Tian Buddha left a huge impression to me – built only in 1993 it became one of the biggest tourist attractions and one of the main Buddhism places in Hong Kong. There is a long path of stairs leading up to the statue, and the closer you get to it, the more you realise how huge it actually is.

We also walked around Po Lin Monastery – a place with spectacular and colourful architecture, beautiful surroundings and very clean and cosy gardens.

On our way back to Hong Kong we got off the bus in the fishing village called Tai O. Small houses built in the water, many wooden fishing boats and hundreds of shops selling dried fish mostly. It was a different world far away from the whole city. People were caught up in their daily routine – fishing, selling food and souvenirs, inviting tourists for dolphin search expeditions.

As my friend was working on our last day, I had the experience to wander around Hong Kong all on my own until my flight at night. I knew there were many beautiful parks that we didn’t have time to visit before, thus, I decided to go there. I visited Nan Lian garden – a perfectly clean and calm place in the middle of the city; Kowloon walled city park which was full of children in their school uniforms who came there to play after the lessons; Choi Hung estate – one of the oldest parts of the city, as well as its famous rooftop basketball court which was full of people trying to get the perfect angle for picture.

Hong Kong is a special place. Something that would be impossible to describe in just a one blog post. One part of me wanted to share all of the places we went to with all of you and that way at least try to express its beauty through writing. However, another part of me wanted to write a 3 thousand word essay on the mix of feelings I had when I was there. Then I thought -how is it different? The way you see Hong Kong through tourist perspective and through someone’s who has spent much more time living there? Stay tuned for part 2!

View all posts by asbeerations

“You can do what you have to do, and sometimes you can do it even better than you think you can.” – Jimmy Carter 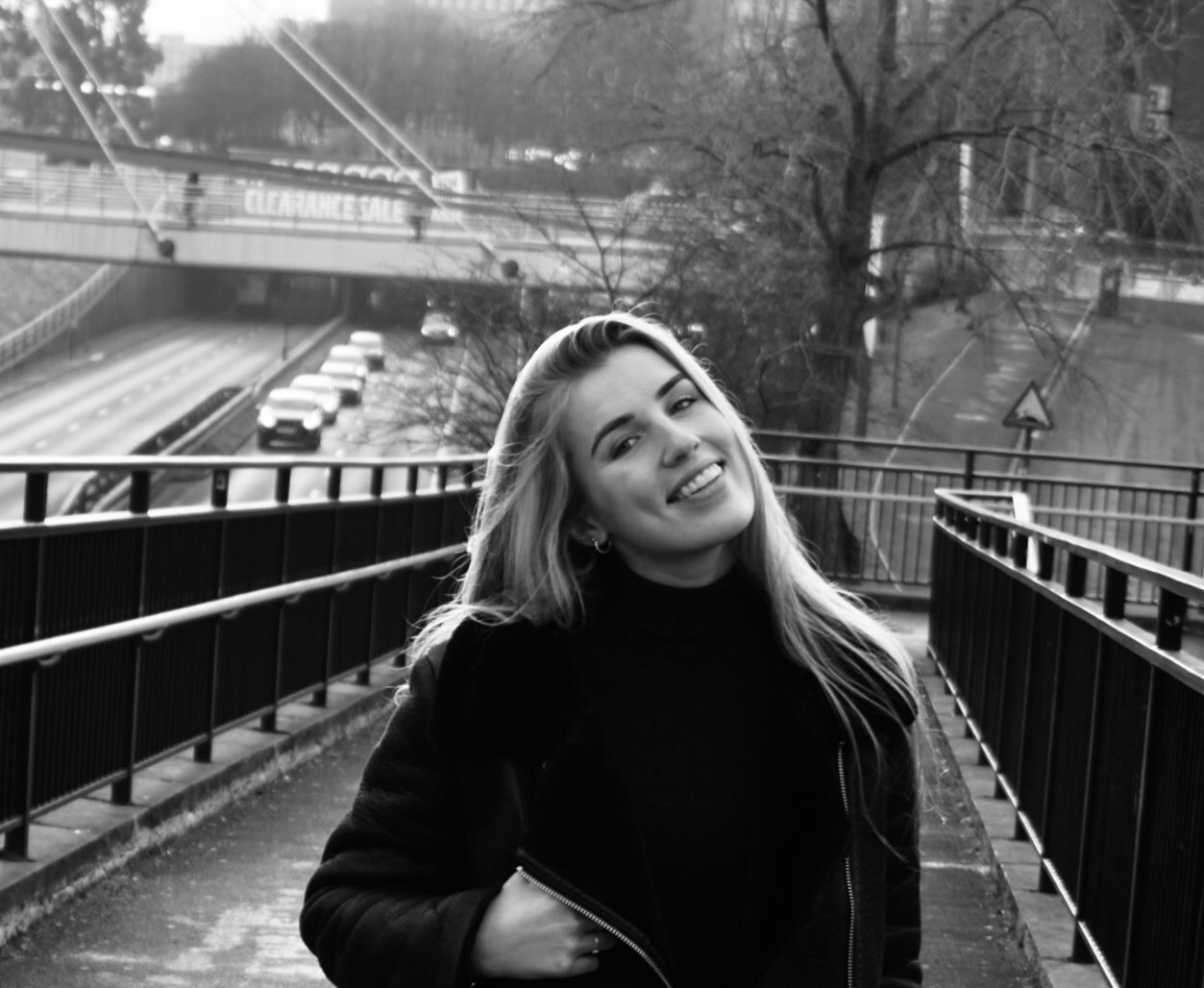